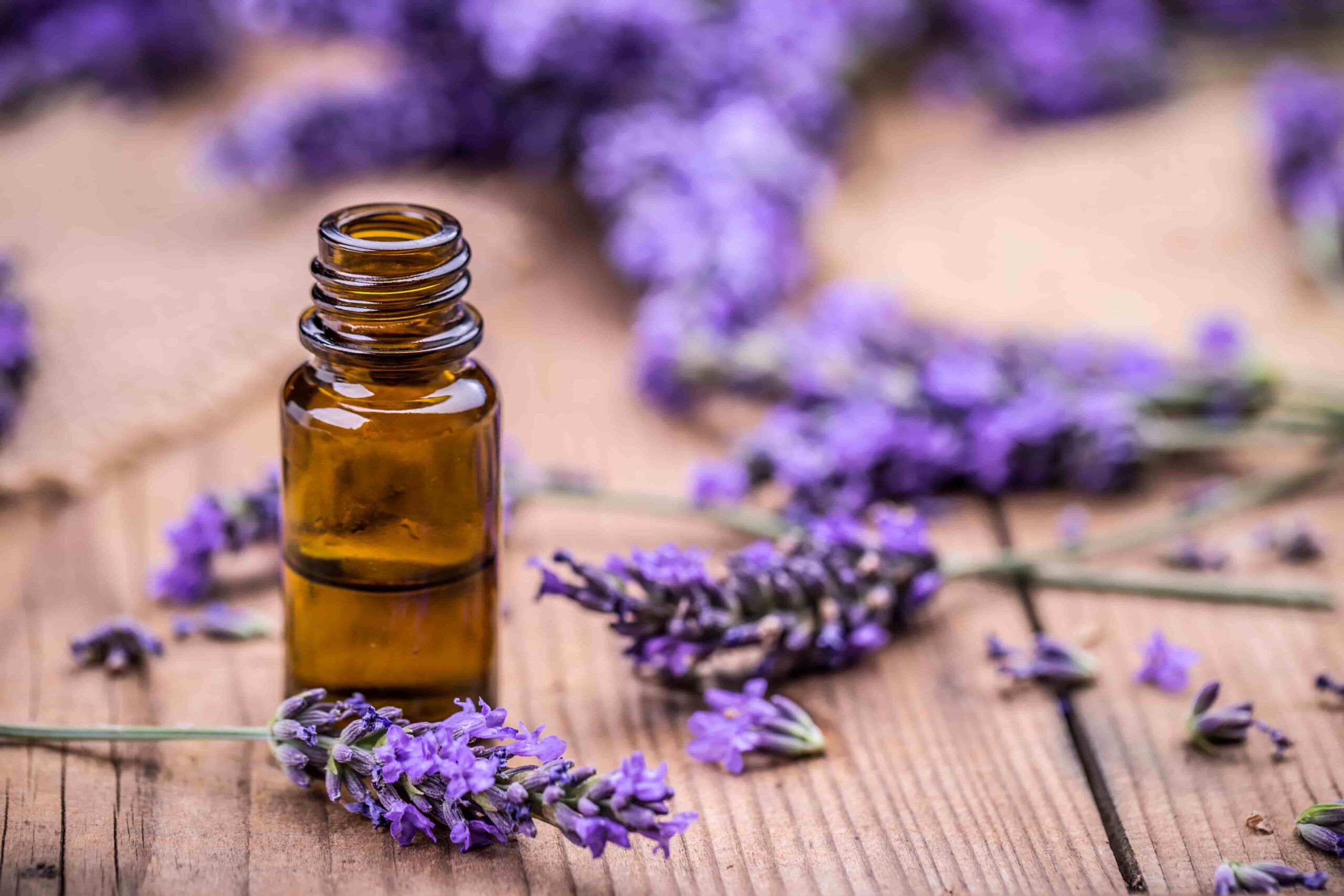 Jim Croche, Robert Swanson, and All Good Things in a Bottle

Hailing from Pennsylvania, we’re required to pay tribute to all things PA, including PA artists. Some honor Springsteen, others Jon Bon Jovi, and for the millennials there’s Taylor Swift. For me, it’s Jim Croche, especially his songs “Big Bad Leroy Brown” and “Operator”. I even had a friend from Philly whose mom frequented the same beauty shop as Croche’s. We both felt special being two small degrees from him. Today I’m feeling particularly fond of his timeless classic, “If I Could Save Time in a Bottle.” Croche tapped into the mystery and surreal ecstasy of the peak experience when he sang, “If I could make days last forever….if words could make wishes come true.” 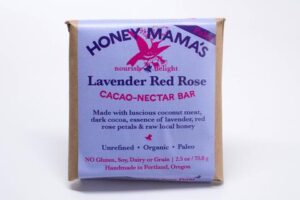 Because sometimes you have a day you wish you could memorialize. We want to take a mental picture of the inherent beauty, stuff the flavors into a bottle, and capture it’s essence and flavor – forever. It’s just too damned good. And sometimes the little gems that make up that special day are just too damn good to keep to yourself, like Honey Mama’s. Two weeks ago I visited Olympia, Washington for my herbal apprenticeship and one of the other students brought a bar of Honey Mama’s. If you haven’t had this delectable cacao bar of happiness, I highly recommend it. Martha shared the Lavender Red Rose bar and we all snacked on it while harvesting our herbs and flowers of choice as we learned how to stock our herbal apothecaries. Meticulously we chopped our herbs and during breaks, the red rose flecked bar disappeared as each harvester took their share. One square….nibble nibble….two squares.

All you heard as herbs laid in stacks on the communal cutting board was, “Nom, nom, nom…..mmmm…mmm.”

As it softened in the afternoon heat, floral scents rose up into the air, sticky resin caught on our scissor blades, and the delicate cacao and rose petals tasted even better.

Meanwhile, outside all the herbs in the garden were at their peak. The scrumptious goodness of each herb were bottled into tinctures, oils, and vinegars. My choices: calendula was set aside for drying, bee balm chopped and slathered in honey, and evening primrose covered in oil. And the Honey Mama’s devoured in between. 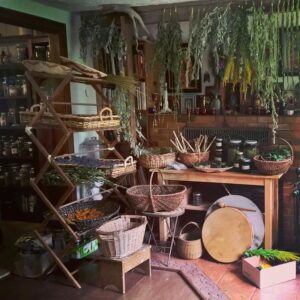 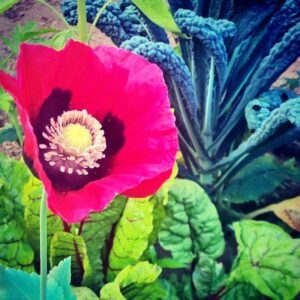 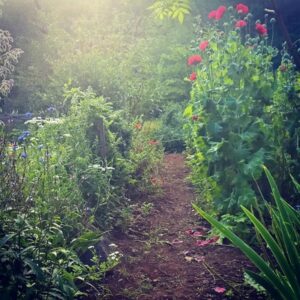 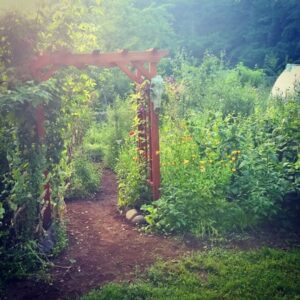 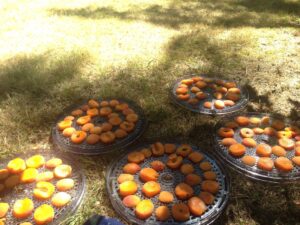 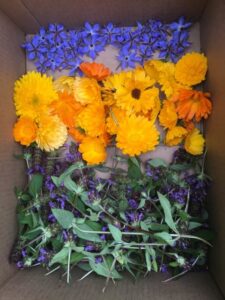 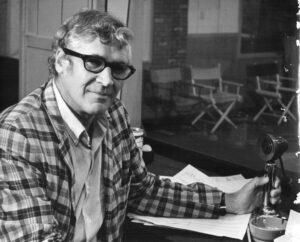 Right after I got out of class on Sunday night I called the east coast to New York. I do this ritual after every apprenticeship trip. After being in near isolation for the weekend, I’m always excited to connect with my loved ones. I heard my friend Gary Swanson’s voice on the other end and knew something was wrong.

He’d been in Phoenix over the weekend. He received the ominous call from his step-mother that his father was coming near to passing. I’d spoken with his father for the first time last month while Gary was there on a visit. I was astonished as I heard the 95 year old man greet me with a cheery, energetic voice – filled with life. He said, “You and Gary are going to do great things.”

My heart lifted hearing this prophecy from a man who was the epitome of the original “Mad Men”. It was high praise. Robert ‘Bob’ Swanson was a musical genius, gifted athlete, and devoted husband and father. He composed over 5,000 jingles – some of the most memorable from the 50s and 60s.

Born in Queens, New York, on December 1, 1920, to immigrant parents, (a Swedish father and a Sicilian mother), he taught himself to play the violin at the age of five. He skipped several grades in grammar school and to protect him against the older students, his uncle taught him to box as a boy. An exceptional athlete, he went on to break swimming records as captain of NYU Swimming Team, while life guarding at Jones Beach, a short distance from his hometown of Island Park Long Island. 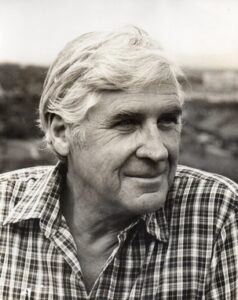 His father, Jon Emil Swanson was a well-known NYC clothier, designer and personal tailor for such icon’s as General Dwight D. Eisenhower (he designed the Eisenhower Jacket), Clark Gable and other luminaries. His father, Jon Swanson, recognized his son’s gifts early on and sent him to study with the world famous musical theorists and coach, Joseph Schillinger.

A veteran of WW ll, he was a High Speed Radio Operator in The Army Signal Corps, decorated with a Purple Heart and a survivor of The Battle Of The Bulge. As the Captain of his Regiment Boxing Team he was undefeated and “rarely hit.” After returning from the war, he sang and arranged vocals with The Tex Beneke Band around the country and later in order to raise his family played bass “gigs” around the New York City area.

Robert Emil Swanson revolutionized American Advertising, writing over 5,000 customized jingles from 1952 to 1978. He was not only a composer; he also played numerous instruments from guitar, keyboards, trombone, trumpet and sax with his main “ax,” bass fiddle. He sang many of on his own jingles: “Schaefer Is the One Beer to Have When You’re Having More Than One,” a Swanson original later sung by Louis “Satchmo” Armstrong and used by the late Mike Nichols in his 2008 Broadway production of “The Country Girl” by Clifford Odets, a commercial emblematic of the 1950s and 60s.

During that period, commercial advertisements were as much a part of the American culture as social media is today, as illustrated by the hit TV series Mad Men or Andy Warhol’s’ classic Campbell’s Soup Can. Mr. Swanson wrote iconic, classic music like; “Um Um Good, Um Um Good, That’s What Campbell Soups Are Um Um Good”, “Winston Tastes Good Like A… Cigarette Should,” “Pall Malls’ Natural Flavor/ Is So Good to Your Taste,” “What’s’ In the Kitchen That Smells So Good/Must Be Something From Swanson” “Don’t Wait to Be Told/You Need Palmolive Gold.”

For 20 years, Robert Swanson Productions on 1 East 54th Street in New York City was known as a compact jingle house of innovation that, along with Les Paul, was one of the first to use the “8 Track Ampex 350 Recorder.” Mr. Swanson augmented his moniker as “Jingle King” by using sounds from outside the world of musical instruments.

He once called Trader Vic’s world famous Tiki Bar on 5th Avenue, downstairs from his studio and rented the giant gold bong, stationed at the entrance of restaurant. The bong was carried up to the studio and the “spot” won a Cleo Award for “Northwest Orient (BONG…) Airlines.”

Robert Swanson Productions employed a tightly woven group of ensemble musicians who played, sang and sometimes socialized together, pumping out daily classics such as “Things Go Better With Coke,” March of Dimes, Alcoa Aluminum or “Use Ajax the foaming cleanser, floats the dirt right down the drain.” Sometimes writing jingles on napkins, on planes or in moving cars, “Bob,” as he was known, was considered a “Mad Man Genius” using toys, clothes hangers, hair dryers and household objects for varying sounds that identified the brand. He once dropped thousand dollars of coins in a barrel, take after take, until satisfied that it would trigger the sound of “money saved.”

Among his many talents he was a prolific artist, chef, model boat builder, ship captain repairing his own diesel engines aboard his 58-foot Huckins, “The Good Hope.” He wrote hundreds of original melodies and songs, among them the one song whose lyrics summed up his life – “Live Every Minute Every Day/Don’t Let A Minute Slip Away”.

I’ve realized something through this frenetic thing called life. I believe Croche was right about stopping time in a bottle. With the herbs you can do this….for a short time. With friends and loved ones we don’t have that luxury. We must share the joy of life with them while we can. In the important moments. As a PA girl I’m learning to appreciate this and also New York artists like Swanson and Swanson. A mentor and a master. A friend and a father. Talent transcends state lines and friends and family last ….. well, forever.