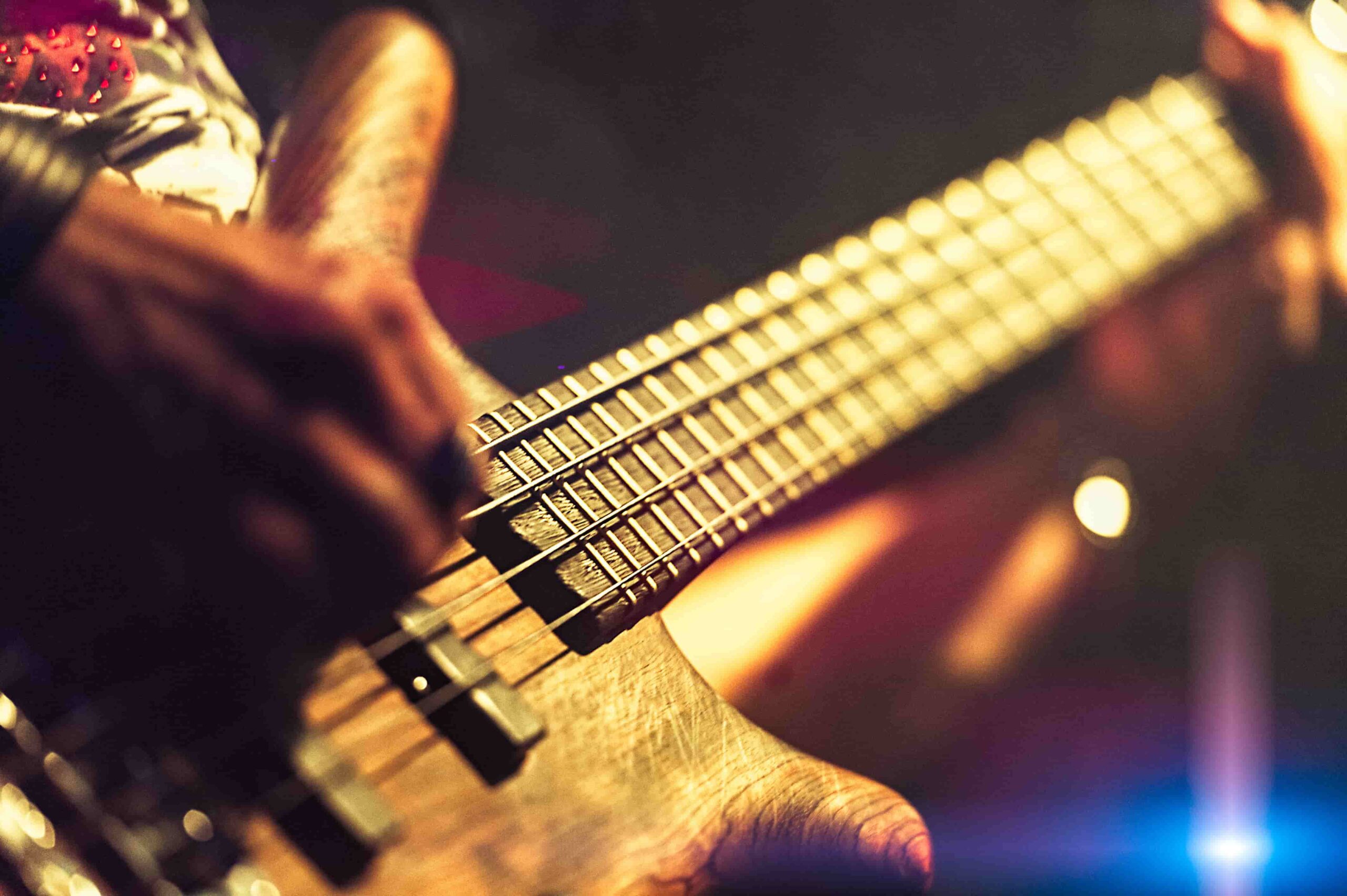 A realization hits. Hope is considerably smaller than I am. She stands at roughly five foot four (maybe less), blond matted hair drenched in sweat, with heels digging into trampled grass. I’m using all my weight pressing back the wall of concertgoers in Pocono Down’s Race Track field. All of this effort so she can gain a few inches. I’m losing miserably and giving back precious ground every other push. As another wave of mohawk sporting Unadilla racing look-alikes moves in, I flex my core muscles hoping I’ll be able to at least hold my ground. Clad in PA summer attire, i.e. motocross tee’s with the arms torn off, stick thin, with pale hallowed faces they push me backward and I think to myself, ‘but we’ve come so far!’ 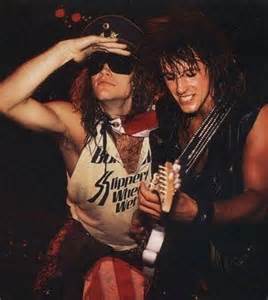 Indeed we had, and the rope tying off the spectator area from the main stage is visible now, only six feet away. Our bodies moved ahead, only moments ago, on our own volition. Furiously, we worked fueled by teenage hormones and a grandiose excitement, weaving through strange bodies edging closer to the man we had listened to on Joey Louvernic’s cassette player on the way to ‘The Downs’. Me hunched down in the backseat of Joey’s red Pontiac. Hope riding shotgun.

The realization of Hope’s smallness and my vulnerability to shield us from danger comes as a huge bearded man, not just stubbly, but mountain man bearded (think ZZ Top) leans up against my athletic frame, lights a small hand-rolled joint, blows the smoke into my face, and passes it over our diminutive heads. He passes to his buddy crushing down on Hope, who is now split off from me, and on the other side of them. I shout, “Are you okay?” And her blond head bobs up and down with a loud affirmation, “Couldn’t be better dude.”

I have serious doubts and hear my mother’s voice supplanting my own thoughts prepping me for the worst. I hear her wisdom in my head now, as I’m suspended off the ground, a few inches in the air at times, held up by the intense weight of the bodies lifting me up. She shouted her instructions at me as we pulled back out the driveway, “Use the buddy system, stay away from the crowds, and for god’s sake don’t take anything from strangers!” It’s the ‘crowd’ part I find haunting as it pushes my fifteen-year-old frame-up against these intoxicated strangers. The former excitement and anticipation of hearing Livin’ on a Prayer quickly disintegrate into anxiety.

The heat is miserable as only the wretched east coast heat can be, which means as I gaze at the backfield behind me, I find a mirage of humidity blasting up from the Down’s cement track into the firmament. There’s nowhere to run. Nowhere to hide and you could sear a steak with that blistering track just like this pressure cooker is scorching my body. The biker’s marijuana smoke lingers and feels as if it sticks to my sweat-soaked pours. The film of stickiness coupled with a serious susceptibility to heat stroke kicks off a chain reaction inside of me. This is an inevitability that had never occurred to me. In an attempt to trick my mind and body, I put my eyes on the heavens above searching for a feeling of freedom there, escapism. Then, I search Hope’s face divining whether she has any remaining hydration on her. I know this last effort is futile. We’d crushed the Gatorade and water already before we’d waded into this monstrosity. A foolish decision to lighten our load as we approach the pit.

I feel unsteady as the bright afternoon light begins to fade. Stomach acids churn in the depths of my belly, bringing up bile and something else occurs to me, besides our physical vulnerability amongst these strangers. Something that will terrify the sardine-packed, mass of Bon Jovi fans weaving beside us, who have already surrendered.

I’m going to throw up.

The white dots tickle on the periphery and my visual field lightens then dims a shade darker as I turn helplessly into ZZ Top’s burly chest and say weakly, “I’m gonna be sick.” I imagine he turns the slightest shade of pale, since I can’t see his face stretching a full head above me, as I fixate on his black biker boots and sway involuntarily. I feel his body seize as he shouts, “She’s gonna hurl for god sake back up …. back up!” And amazingly enough, as I begin to pitch, retch, and heave to let the poison out, I’m released from the suffocating pressure. And afforded a small space where I proceed to vomit on the earth beneath my feet. Miraculously, a circle opens up around me. I felt what moments ago I longed for peering into the sky, the feeling of freedom.

I didn’t want to be just another cautionary tale. Especially at my first rock concert, so I resisted rescue from the pit with a stubborn sense of what can only be called, PRIDE. When they asked me if I wanted a lift out above the crowd I replied, “No.” It was Slippery When Wet for heaven’s sake! But you hear the news reports. “One hundred die at the over-sold concert.” “Sixty crushed as a wave of concert-goer’s storm stage!” These headlines rumbled through my thoughts unleashing an endorphin rush of panic that Hope and I would most assuredly be crushed to death. What will I tell my mother? After I vomited I watched the small gap, close like a hermetic seal, as the pressure around us mounted and stitched us up again side-by-side into one hard-rockin’ blanket. There is nowhere for the panic to be released and I succumb to our fate: we are helpless. I must, Let go.

That was over twenty years ago, and now I laugh at my first concert memory. Yes, the corniness of my musical tastes, but also this wild teenage ‘peak experience’. Clearly, Hope and I made the pact to dive into the deadly mass of claustrophobia (my worst fear by the way) together to float like old Jewish woman in the Dead Sea. Then, we courted this same frenetic danger throughout the show, pitching and heaving and in the parlance of the times, ‘banging our heads. Yes, dear readers, we were headbangers. It was part of our culture! I was afraid several times but was also exhilarated. The concert branded a memory inside me that hasn’t faded easily because of my ecstatic brush with what I felt was, near death.

Experts say that this is a normal risk-taking side of adolescence that inevitably beckons all teenagers during their youth. I’ll take it a step further and quote my favorite existential therapist Irvin Yalom, M.D., “Although the physicality of death destroys man, the idea of death saves him.” I believe in his statement because it argues just the right kind of idea of death, or the awareness of it’s inevitability forces us to accept it and do something about it. The hope is to live life to the fullest – it even allows us the experience of ecstasy.

Back when I originally wrote this blog post, I had seen another side, a darker shade of youth risk-taking at a local repertory theater company when I lived in Seattle. I found the story incredibly disturbing. Watching ‘My Name is Rachael Corrie’ brought this phenomenon into a more evolved, yet tragic focus. I remember I read about the production before going to the theater that Friday night because of the media frenzy around Rachel’s death. My husband also followed the media coverage closely after Rachel, an Olympia Washington native, was bulldozed while standing in front of a Palestinian home, trying to protect the women and families who lived there from Israeli soldiers.

Rachel was an idealistic woman who received what she called a ‘neo-liberal education at Evergreen State College. The play dramatized Rachel’s life through her formative years; first as a child, always as an activist, and then as an adult woman coming to terms with her fierce independence. Although this production depicted the horrid conditions (and controversial way) in which she died, I found myself shocked by the backlash. The lack of sensitivity and the smear campaign that followed was brutal. The political motivations to thwart a depiction of Rachel’s life and her parent’s and supporters efforts to understand her actions, was heartbreaking rather than liberating.

What strikes me now, ten years later, was Rachel’s willingness to stand up for something completely beyond herself. Beyond her world. Beyond her own life. She didn’t understand or grasp the depths her impact would make. Through her volunteer work in the middle east, she lived in a daily conflict. In her own words admittedly she, “couldn’t comprehend” what was happening. What did Rachel feel besides unflinching courage and conviction in the face of death? I wonder as a parent and former teenager, was it similar to Hope’s and my rushing in, trying to get closer to the stage, but not understanding the dreaded situation we were ultimately putting ourselves in? Was it a brave, daring action that resulted in tragedy? Rachel dug her heels in and didn’t move as the Caterpillar D9R drove over her. The only thing we know for certain is, it cost her her life. Because she felt she needed to stand up for people who couldn’t stand up for themselves.