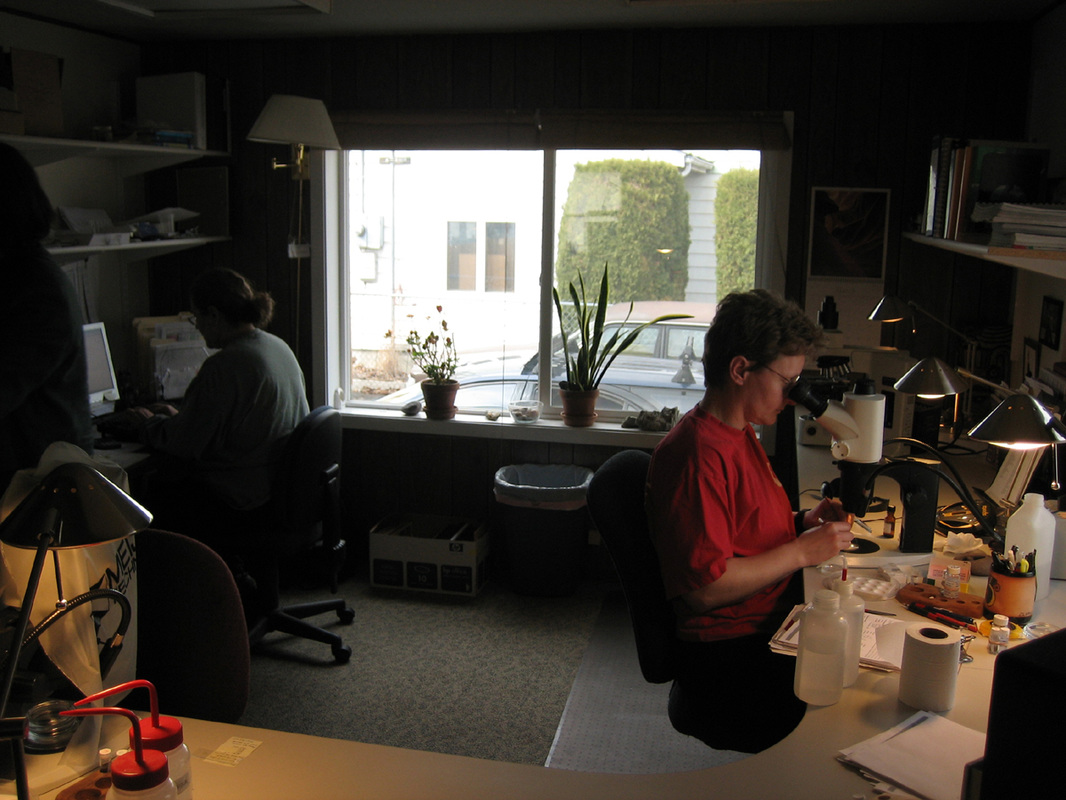 Certain caddisflies pitch tents atop streamside rocks and decorate the doorway with a silken net they spin themselves. The structure is a change from the insect’s gritty larval home, an elegant retreat within the very river environment in which they thrive. Chief Biologist Wease Bollman has built herself a place like that.

Bollman’s retreat is not her home, but her business. It is adorned not with a silken web, but with maps and microscopes; monitoring equipment and jar upon jar of stream water. It is Rhithron Associates, a bioassessment company in Missoula that thrives on keeping Western waters clean while surrounding communities grow and shift. 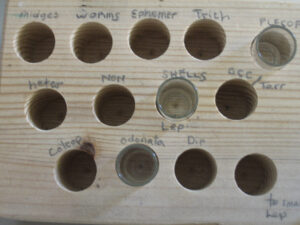 Rhithron Associates helps communities comply with the Clean Water Act by identifying and counting caddisflies and other macro invertebrate, critters and crustaceans, whose presence and relative abundance can indicate if a stream is healthy, polluted or otherwise impaired.

The company’s name comes from the term describing the cool, fast part of a stream that tumbles over rocks and bubbles rich with life-giving oxygen. It is the part of a river where caddisflies live and die the quick fate of a fish’s favorite food. Rhithron is the place where Bollman tumbled into a fresh start in her mid 40s.

After years of working in the medical field, Chief Biologist Wease Bollman, at 41, decided she needed new direction. “I didn’t need to just change lanes,” she says looking back. “I needed to get on a whole new highway.”

She enrolled at the University of Montana and took a wide range of courses, feeling around for her future. She splashed down in Prof. Andy Sheldon’s course on aquatic entomology. He introduced her to the bugs of the water and she dove deeper into the realm of invertebrate biology and habitat. When she emerged from UM she had a master’s degree in environmental studies and was well on the road to crafting her new career as a scientist, entrepreneur and businesswoman.

Starting Rhithron “changed work into livelihood,” Bollman said. “It really brought the future into focus. It became part of my life in a way a job never was.”

While Bollman was working on her degree, the Montana Department of Environmental Quality (DEQ) came looking for a graduate student interested in biological assessment challenges. The state wanted a student to develop a monitoring tool for an eco-region of the student’s choice. Bollman got the job and the work inspired her to start Rhithron. Bollman started the company in her home with three employees. Today it employs 18 people and is outgrowing its current office. Soon, Bollman and Rhithron will move to a new retreat at Fort Missoula.

But the idea behind the company will remain the same: to use bugs as streambed sentinels. Rhithron ecologists look for the presence or absence of certain bugs as indicators of water quality and stream health.

Take mayflies, for instance. In healthy streams, the six-legged water bugs tend to be abundant on flat rocks or sandy streambeds. They are particularly sensitive to water quality. Rhithron’s scientists examine water samples with an eye to red-flagging human practices that might put that stream at risk. They expect to find at least six kinds of mayflies in a healthy stream system. Fewer than six tells them to look closer to see if something has disturbed the stream. They may find a nutritional impairment, perhaps caused by pesticides, or a thermal disturbance, which might be due to degraded stream banks. 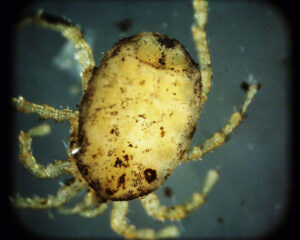 The Clean Water Act aims in part to protect waterways from the effects of a broad range of human activities. In Montana more water quality problems are related to habitat change than to water quality disturbance specifically. Rhithron’s investigations lead them out of the rivers and into subdivisions, highway projects and other developments large and small with the potential to change the habitat in ways that may harm water quality. Modifying a stream channel to allow for a new highway or suburban development can destabilize banks, alter drainage patterns and overload the water with sediment.

Elwha River on the Olympic Peninsula

Human habitat changes can be so profound that even fixing them poses risks. Bollman said Rhithron is keeping close watch on the Elwha River on the Olympic Peninsula. The river once boasted salmon runs of hundreds of thousands of fish. But two dams were built, both without fish ladders, and the salmon were blocked from spawning. Today, the river runs through Olympic National Park and the federal government is going ahead with plans to tear the dams down. Removing the dams may restore the flow of the river and the return of the salmon. It also risks stirring sediment and waste and disrupting banks that have grown accustomed to the protection of the dams. Rhithron is part of the team poised to compare the before- and after-assessments of the health of the Elwha.

“I think the Elwha study will become one of our most important landmarks. To my knowledge there has not been a large dam removal like this in the United States. We’re going to be able to see what changes happen when you take out two huge barriers to upstream migration and significantly change the dynamics of downstream flow.”

As Rhithron collects data that will help reveal the impact of changes on the Elwha and other Western Rivers, Bollman is watching as her company also grows and changes. “Starting your own company is not the end of a series of changes, but the beginning of taking responsibility for the shape of your own future”, she said.

Being at the helm of a company offers plenty of challenges, she said, but, “Overall the experience of making one’s life into one’s livelihood is a happiness generating endeavor.”

This article was originally published in Pure E Magazine, 2006 Edition.